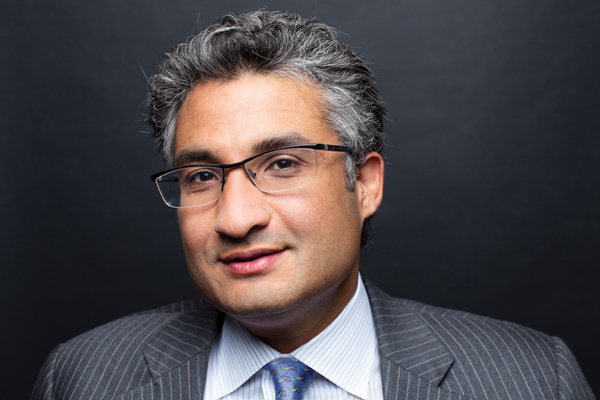 A Canadian entrepreneur of East African descent, Reza Satchu has a diverse background, having founded numerous high-profile businesses and charities. He is the managing partner of Alignvest Management Corporation and the founding chairman of NEXT Canada. He is a senior lecturer at Harvard Business School. In this interview, we learn about his background and how he became a prominent philanthropist.

In this interview, we discuss his entrepreneurial journey and how he became a successful entrepreneur. A serial entrepreneur, Reza Satchu is the Founding Chairman of NEXT Canada. He attended Harvard Business School, and is a Senior Lecturer on Launching Technology Ventures. He co-founded and runs several operating companies, including a healthcare and energy company. He focuses on building successful businesses and helping entrepreneurs realize their full potential.

A graduate of Harvard Business School, Reza Satchu is a founder of several high-profile companies. He is also the managing director of Alignvest Management Corporation. In addition to being a leading Canadian entrepreneur, he also serves as a senior lecturer at Harvard Business School. He has published numerous articles in The Globe and Mail and has spoken at various conferences and events across the country. The success of his businesses has led to his involvement in a range of social and environmental issues.

In his current role, Reza Satchu is a founder and managing partner of Alignvest, a private investment company. His company, Alignvest, has invested $1.5 billion in several operating businesses. Some of his most notable investments include technology, telecom, healthcare, and asset management. In addition, he also teaches the Harvard Business School class Launching Technology Ventures. He has a PhD in Economics and is a former professor at the school.

The founder of Alignvest, a private investment company devoted to long-term value creation, was a mentor to many of his students. In 2006, he helped develop the Alignvest program, which is a nine-month program for early-stage companies. He also serves as an advisor to startups and he has been quoted in The Globe and Mail. These interviews are a great source of information for aspiring entrepreneurs.

The founder of NEXT Canada, Reza Satchu is an entrepreneur and a Senior Lecturer at Harvard Business School. He has an extensive background in business and has founded many successful companies and charities. Currently, he is a senior lecturer at Harvard, where he teaches Launching Technology Ventures. Despite his academic background, he has been an active investor for over 15 years, and has been a key player in NEXT Canada since its inception.

Reza Satchu is a Canadian entrepreneur who has founded many high-profile businesses and charities. He is a co-founder of Alignvest, a private investment firm based in Toronto. The company is a leading private investor in Canadian businesses and has been featured in The Globe and Mail. At the heart of his work, Reza Satchu is passionate about helping entrepreneurs achieve their dreams. He believes that the best way to change the world is to build businesses.

In addition to his work as a serial investor, Reza Satchu is also an active board member. He serves on the board of Sagicor Financial Corporation and several private corporations. In addition to these positions, he also serves as a strategic advisor for the Creative Destruction Lab, which offers an objective-based startup accelerator program. He is also a co-chair of the Toronto Hospital for Sick Children Foundation and the HBS 20th year reunion. His career has spanned various industries and sectors, including real estate, health care, and asset management.

Reza Satchu’s philanthropic efforts have created a large and successful company. He co-founded Alignvest, a U.S. fixed-income broker dealer. Its assets reached more than $1 billion in 2006 and he and his partners made the company a worldwide force. During that time, he also launched three other companies. In 2007, he founded StorageNow, a self-storage company in Toronto. In 2008, it was sold to InStorage REIT. It was valued at over $100 million. After a year, it crashed.

This entry was posted in Blog. Bookmark the permalink.